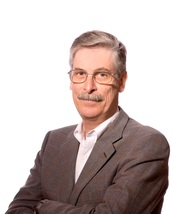 Michael Bean, U.S. Department of the Interior
Michael J. Bean is Principal Deputy Assistant Secretary for Fish and Wildlife and Parks at the Department of the Interior, where he provides policy direction and oversight to the National Park Service and the U.S. Fish and Wildlife Service.  Prior to joining Interior in 2009, he led the Wildlife Program of the Environmental Defense Fund, where he became known as an authority on the Endangered Species Act and the use of incentives to engage private landowners in conserving rare species.

A Yale Law School graduate, he served on the boards of Resources for the Future, the Environmental Law Institute, and the Board on Environmental Studies and Toxicology of the National Research Council of the National Academy of Sciences.  He is the author of The Evolution of National Wildlife Law, the third edition of which was written with Melanie Rowland. He’s written many articles, essays, chapters, and reviews on conservation topics. 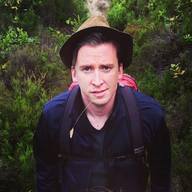 Justin Bogardus, Nature-RX
Justin Bogardus is an award-winning independent filmmaker Producer / Director / Editor with over 12 years of experience producing and creating compelling, entreating, and thought-provoking television, documentaries, comedies, ads, promotional films, artwork, and videos. After working for 7 years in NYC, producing and editing documentaries (including award-winning TV series about wrongful conviction), NGO promo pieces, and reality TV, Justin moved to Boulder, CO to follow his other passion of teaching Buddhism (which he currently does as a part time teacher at Naropa University) and continuing his film and production career in scenic Colorado. Justin still maintains his film/video career in NYC and travels to the big city and Boston several times a year for film/video production work. Check out Justin's recent award winning films about NatureRx, promoting in totally new and funny way the unending benefits of getting outdoors.​

Sgt. Tim Cotton, Bangor Police Department
Cotton’s background is as diverse as is the ridiculous topics of which he writes about each day as the administrator of the Bangor Police Department Facebook Page. The 27- year veteran police officer took over the duties of Public Information Officer in 2014 after spending the prior 12 years as a detective, award winning American Association of Police Polygraphist, polygraph examiner and crisis negotiator. His formative years were spent in a patrol car and as a firearms instructor, school resource officer and field training officer. Cotton started out his post-teen years as a disc jockey after attending the New England School of Communications in the 80’s and made the decision to become a police officer mainly because the hours seemed better and he hated trying to decide what to wear each day.  He took over the Department’s Facebook page in the spring of 2014 with a following of 9 thousand “Likes.” The page now has reached 113,000 followers and has been featured in The Washington Post, The Huffington Post, People Magazine, National Public Radio and American Police Beat Magazine. Cotton was most recently named The University of Dayton’s Erma Bombeck writer’s Institute, Humor Writer of the month. He failed English Composition as a freshman in High School and knows nothing about social media.

Dr. Dixson was instrumental in the breakthrough discovery that ocean acidification affects the behavior of reef fishes. Her discovery that elevated carbon dioxide levels impair the ability of fish larvae to respond to the chemical cues of predators was a major advancement in understanding the impacts of climate change on marine ecosystems. Most recently, she was able to show that both coral and fish larvae are attracted to the chemical cues produced by healthy reef habitat, and reject degraded habitats based on the chemical signatures of specific organisms typical of these locations. The consequences of this study could have an impact on the management of marine protected areas. The significance and novelty of this research is demonstrated by the experiment being highlighted as the cover story in Science. Additionally, Dr. Dixson has been involved in a number of public outreach initiatives to make scientific information more readily available to the general public.  Her research has been featured on the cover of Time Magazine for Kids, in a number of popular media outlets such as New York Times, Huffington Post, and the Washington Post, and her work on ocean acidification has been featured in a documentary broadcast globally. 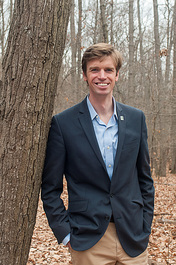 ​A native of Syracuse, New York, O’Mara was a Marshall Scholar at the University of Oxford, a University Fellow at the Maxwell School of Citizenship and Public Affairs, and a Presidential Scholar at Dartmouth College. O’Mara lives in Delaware and spends every possible moment in nature with his daughter Riley.