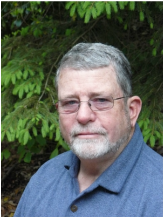 Robert McDowell
​The Robert McDowell Award was established by the Northeast Association of Fish & Wildlife Agencies, Inc. in 2015 to honor career professionals who have made significant contributions to advance fish and wildlife conservation in the Northeastern United States and eastern Canadian Provinces. Robert McDowell, the Award’s namesake, was the first recipient of this award.

Robert McDowell worked for the New Jersey Division of Fish and Wildlife for over 35 years, including 12 years as that agency’s director. Bob holds his undergraduate degree from Southeast Missouri State University, and a graduate degree from Rutgers University. Bob’s many accomplishments included protecting over 260,000 acres of public open space in New Jersey’s Wildlife Management Area System (a system that now exceeds 340,000 acres), and establishing the Delaware Bay Initiative, a coalition of local, state, and federal agencies working with key conservation organizations to restore and enhance the Bay’s wetlands. Bob served as the Association’s first Executive Secretary shortly after his retirement from the State of New Jersey in 2003, and served in that capacity until 2015. Bob has also been recognized for his professional accomplishments by the Association of Fish and Wildlife Agencies, receiving their 2000 Ernest Thompson Seton Award for the promotion of professional fish and wildlife management. Bob received his namesake award at a ceremony in Providence, Rhode Island during the 2015 Northeast Fish and Wildlife Conference. The citation read in honor of Bob is available here.

Presented by the Northeast Association of Fish & Wildlife Agencies

This award is the highest honor presented by the Association. It is presented to an individual who meets the following criteria:
This award will be presented annually at the Northeast Fish & Wildlife Conference. Nominations are due by March 1st, and should be sent to Gordon Batcheller (gordon.batcheller@neafwa.org).